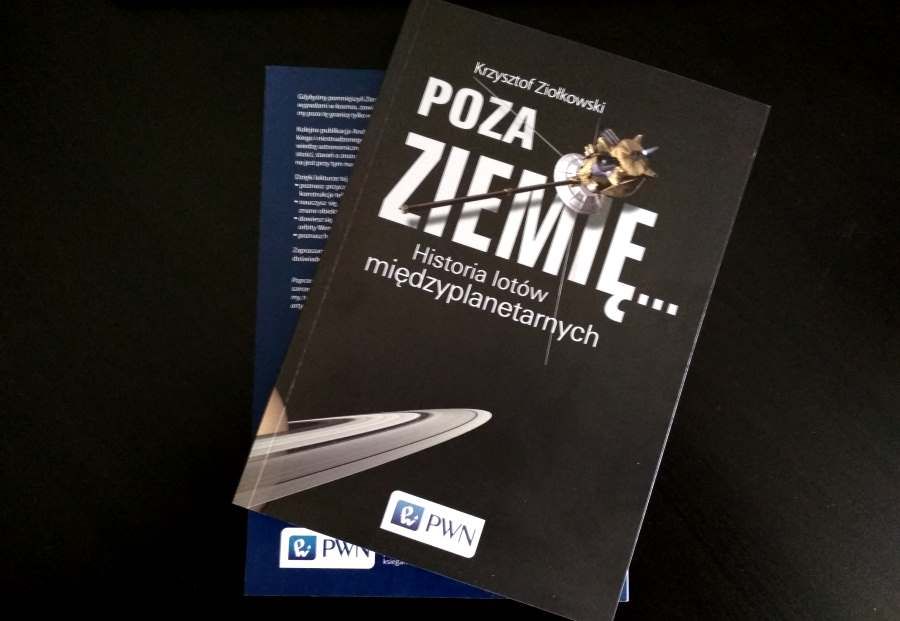 "Beyond the Earth" – history of space exploration by Krzysztof Ziolkowski

“Beyond Earth” is the history of space exploration. Since man first lifted his head toward the sky, his dreams have revolved around the stars. This fascination has meant that today the stars are almost at our fingertips. The history of this difficult path has been comprehensively described by Krzysztof Ziolkowski in his book “Beyond the Earth”.

Book „Beyond Earth” is the story of man’s struggle with the cosmos. The cosmos jealously guards its secrets and requires sacrifices. Space is a challenging environment, and the laws within it govern us and determine our future.

Dozens of probes have been sent beyond Earth to explore the cosmic neighborhood around us. Thanks to them we have precise navigation or communication. But we will have even more. Exploration drives developmentoj technology, whichora is successfully applied in everyday life.

As the recently deceased famous astrophysicist and cosmologist Stephen Hawking used to say, if we don’t leave Earth, annihilation awaits us. Space exploration is opening the way to a better future. This is a wicket, thanks to whichorej perhaps humanity will survive.

Krzysztof Ziolkowski in his publication comprehensively presented the history of Solar System research. The author presents all previous missions to explore planets, comets and asteroids. A great advantage of the book is the indication of the role of Polish scientistsoIn research to date.

Author of the book – Krzysztof Ziolkowski – is a Polish astronomer and popularizer of astronomy. He graduated from the University of Warsaw in 1962. He received his doctorate from the University of Wroclaw in 1968. In his scientific work, he mainly deals with the motion of comets and planetoids and the dynamics of the Solar System. Employed at the Space Research Center of the Polish Academy of Sciences, he was scientific secretary of the institution. After retiring, he remained supportive of theoHe is an employee of the CBK PAN, in particularolibilities maintaining ties with the Solar System Dynamics and Planetology Team. He was the longtime editor-in-chief of a monthly magazine devoted to astronomy „Urania”. He is the author of m.in. books „Closer to Halley’s comet”, „The collision of a comet with Jupiter” or „Astonishments. A universe of people with long eyes”. He became a member of the International Astronomical Union, the Polish Astronomical Society (he was vice-president of the PTA) and the Polish Society of Astronomersoin Astronomy. For his achievements in the popularization of astronomy, he was honored with a medal named after him. Vladimir Zonn.

„Beyond the Earth” is the story of observations, the making of the first hypotheses and their verification. This is a story of mistakes and successoin crossing borders and conquering space. This book will thrill every astronomy enthusiast, but will appeal to roalso those whoowho are just beginning their adventure with space.

The book „Beyond Earth. The history of the lotoin the interplanetary” can be purchased on the pages of the PWN bookstore.